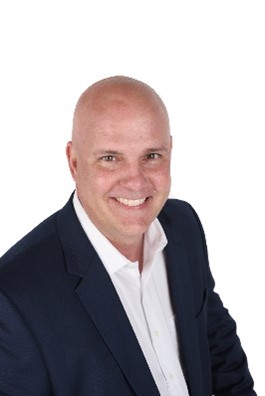 CI: Tell us a little about yourself, and what you do.

I served in the US Air Force as an Air Traffic Controller during Desert Shield and Desert Storm. After leaving the world of air traffic control, I ultimately started work for Dupont (which later became Chemours) where I’ve been for 29 years. I’ve held the role of global Emergency Response leader since 2015 where I hold certifications such as structural and industrial fire fighter, National Pro Board Hazmat Technician, Hazmat instructor and confined space rescue. I also serve on the National TRANSCAER Task Group where I just finished two years on the executive committee.

CI: When did you first become involved at CI? What activities have you been involved in at CI?

I’ve been involved in CI for seven great years. I’ve served on the EPIT since joining and have participated in numerous task groups. I’ve also participated in CI TRANSCAER training events as well as CHLOREP School where I just served as Training Chairman.

CI: What is something interesting about you that few would know or guess?

I don’t know how interesting this will be, but I’m sure very few in this crowd would know.  Back in my “early” years, I played the saxophone and piano. I was in a stage band, where we travelled and competed. No need to worry…Kenny G’s career is safe!

CI: Tell us about your favorite CI memory or success story.

I’m going to cheat and pick two favorite memories. First, it was a great honor to be selected and serve as the Training Chairman for this year’s CHLOREP School. It’s a humbling experience to work with all the great talent we have as instructors and past Chairs. The second thing I’m proud of is the expansion of CI training into Mexico. I had the privilege of participating in CI’s first ever TRANSCAER event in Mexico in 2018. It was very satisfying to see how excited the emergency responders from Mexico were to get the training.

CI: What do you value most from your CI membership?

The thing I value most from my membership is the relationships I’ve built and the knowledge that I’ve gained from those relationships. The synergy within CI is amazing. Everyone is so engaged and eager to move the ball forward.

My advice is to get involved! Don’t sit on the sidelines. There is so much to be learned and so much you will have to offer. The CI functions much like a family. You’ll get out of it as much as you put in. Take the plunge and volunteer to be on a task group. You’ll be welcomed with open arms and never regret the decision!

Do you know an actively engaged CI member who would make a great Member Spotlight? Send their name and company to Cindy Kuranchie at Cindy@CL2.com.