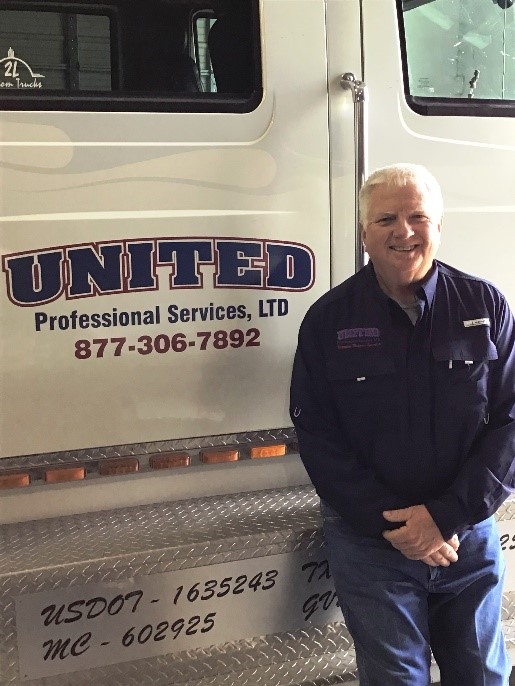 “I have had the privilege of working and training with many in the Chlor-Alkali Industry including the Chlorine punctured tankcar derailment in Alberton, MT that was the catalyst for the need, design, and implementation of the Liquid Chlorine Pump along with its attachments that belongs to the member companies.”

CI: When did you first become involved at CI?

“I first became involved with CI in the planning and development of the Liquid Chlorine Pump in 1998, that lead into the initial testing at Mercury, NV in 2000.”

CI: What is something interesting about you that few know or would guess?

“Few would know that I like to tell my twin grand babies Tall Tales from Pa- Paw’s travels on derailments and other emergency responses. Now that they are six years old, they are starting to doubt some of my stories. I was starting to believe some of them myself!”

CI: Tell us about your favorite CI memory or success story. Why are you a member?

"One of my favorite stories relating to the industry is the first time we set up and tested the Liquid Cl2 pump at Mercury, NV in 2000 and the second time of re-testing it in Natrium, WV in 2008 after some design changes to the pump were performed. Both tests involved live product pumped into Cl2 tank cars. I love the expertise, knowledge base, and comradery of the CI and Chlor-Alkali personnel. Everyone has the same mission to make the industry a safer environment for future generations. My presentations on the development of the pump sometimes go a bit long as I like to share the stories of the individuals that were heavily involved with the project that are no longer around. All added up, I’m sure there were thousands of personnel hours spent on the Liquid Pump development.”

“I would advise an early professional in this industry to get involved with different task groups that are always going on through CI and always needing help. When you get involved, you meet others from other industries that may have had similar or totally different emergencies or near misses that you may not have ever heard of. What a great opportunity to receive so much experience in a short amount of time. I have always said that the members of CI are the best, tight-knit bunch of folks in the same industry that I have ever been involved in. I love being a part of it and feel privileged.”

CI Staff, Robyn Kinsley (VP, Transportation & EP): “Tracy always has a “can do” attitude and helps wherever he can.  He is especially a significant supporter and leader at the annual CHLOREP Team Training and triennial Advanced CHLOREP Training, where his efforts don’t go unnoticed.”

CI Staff, Robyn Brooks (VP, HESS): “Tracy has been great to work with.  He has been a wealth of knowledge as he has updated CI pamphlets, taught at dozens of CI events, and was instrumental in the safe field transfer of over 100 tons of chlorine in the hot desert for the Jack Rabbit chlorine tests.  Whenever I see him, he always asks about the family and is genuinely interested.  He’s knowledgeable, kind, funny, and all around a joy to work with.”